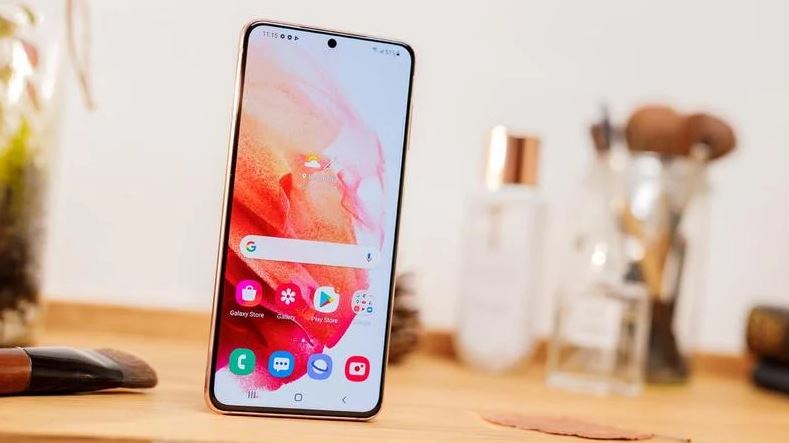 The Galaxy S21 has a refreshed design but also the latest and greatest mobile processor on the market, but has Samsung made too many concessions in wanting to lower the price?

The year 2021 promises to be busy for Samsung, with more launches than usual, including the Galaxy Z Fold 3 (or Z Fold Scroll), not to mention a range of more robust foldable models waiting in behind the scenes.

We believe the company’s hectic release schedule is part of the reason for the early arrival of the Galaxy S line; went on sale almost two months earlier than last year’s S20 trio.

The Galaxy S21 remains the simplest and most affordable Galaxy S, with the more compact and lightweight design of the three and a 6.2-inch screen (eclipsed by the 6.7 and 6.8 inches of the S21 + and S21 Ultra, respectively).

It also costs less than its 2020 counterpart, while integrating 5G and the latest 5nm SoC, which begs the question of “how”?

Rather than simply squeezing its profit margins, Samsung has taken a number of steps that at first glance mean the S21 feels like “more for less”, but in reality these are tradeoffs that will not be necessary. everyone’s taste.

Design
The most obvious change in the new generation Galaxy S is the design. While the S20 was pleasantly thin and well designed, visually it lacked character.

Samsung has tried to remedy this problem in several ways, including a new arrangement of the photosensors as well as a richer choice of colors.

The standard S21 is available in four colors: Phantom Gray, Phantom White, Phantom Violet and Phantom Pink. Just as Mystic Bronze was the flagship color of the Note 20 last year, Phantom Violet is reserved for the S21 and S21 +. 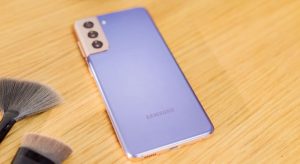 For our part, we find the combination of purple, gold frame and plastic too fanciful; the other color combinations are more sober and more upscale, more so than the S20s elsewhere.

The triple photo sensor on the rear gives relief to the S21’s flat back, which otherwise would be virtually devoid of functions. While the rounded edges that run down the length and merge into the metal frame of the phone ensure the S21 is comfortable to hold, which its compact size also lends itself to.

Besides the aesthetic, the other big transformation from the predecessors is the move to a polycarbonate (i.e. plastic) back. Since the 2014 S5, no Galaxy S has been dressed in it … You can feel it more when handling it, where it stands out with the cool touch of the metallic border that surrounds it.

On the one hand, a plastic back on a flagship like the S21 could be seen as a trick to cutting costs, to the detriment of the user, not to mention the fact that it’s will capture fingerprints. On the other hand, it allows better impact resistance than glass (for those who are inclined to use their phone without a case) and achieve a lighter device.

Last year, the Galaxy Note 20 was criticized for its plastic rather than glass back. For the S21, partly thanks to its reduced price, the presence of such a material is more easily justified.

Beyond the materials, the S21 does not have a headphone jack (nothing new), has a Power and volume button on the right side (the latter having perhaps been placed a little too high), finally it retains the degree of protection IP68.

Display and audio
Although the S21 is the only one in the family to have a polycarbonate back, it shares Corning’s latest Gorilla Glass Victus protection on its front face to preserve the 6.2-inch HDR10 + “Dynamic AMOLED 2X” screen which features 1300 nit brightness, thus promising better readability outdoors.

In practice, the colors, contrast and clarity are of excellent quality and, while a return to a maximum refresh rate of 120Hz is definitely welcome. However, the move from the S20’s WQHD + resolution to an ordinary Full HD is disappointing.

Fortunately, the reduced screen size of the S21 makes this drop in resolution (around 25%) less noticeable than it probably is on the large screen of the S21 + (which also falls to Full HD +).

Samsung has also implemented a new smart system: the Eye Comfort Shield, it automatically adjusts the blue light according to your usage habits. Although, depending on the phone’s software, this works more according to the time of day.

The S20 was the last Galaxy S to feature the 3.5mm headphone jack, and the sound of the S21 is enhanced with its speaker setup. These offer impressive clarity and balance.

Software and Features
At the time of writing, the Galaxy S21s are the only Samsungs to ship the One UI 3.1 overlay, running Android 11.

Version 3.1 focuses on richer notifications, clearer and better defined elements. While One UI is clear, Samsung hasn’t completely ditched the underlying aspects of Android 11, with features like notifications grouped by app type and media playback controls.

Find the NFC, mainly for mobile payment via Google Pay or Samsung Pay, as well as Bluetooth 5.0 and WiFi 6 on the Galaxy S21. However, this is the 6E WiFi connectivity on the S21 Ultra and UWB (ultra wideband) enjoyed by the other two S21 models.

Performance
The design is not the only innovation compared to the S20, there is also the integration of a 5nm chip, which is a real game changer. Whether you are using the Qualcomm Snapdragon 888 version (in the US market for example) or the Exynos 2100 (in Europe), you can expect superb performance.

The S21 range is the first to be launched outside of China to have a 5nm chip, it paves the way for the next generation of mobile processors (SoCs) for Samsung.

In everyday use, the additional power provided by this new chip is not yet manifested in any significant way. As far as our internal testing goes, our S21’s Exynos 2100 (along with 8GB of RAM) performed some of the best results ever for an Android, but only Apple’s A14 Bionic.

The S21 comes in a 128GB version and 256GB of internal storage, and unlike the previous generation, Samsung doesn’t offer expandable memory, even if you opt for the Galaxy S21 Ultra.

For some this is not a problem, but for others it is a real disillusionment, considering that Samsung was one of the few manufacturers to keep this feature for its flagships.

Another small aspect of the S21 worth mentioning is the ultrasonic fingerprint reader, which seems more reliable and responsive.

Autonomy
With the same 4000mAh capacity battery as its predecessor, you’d surely expect similar battery life from the S21. With its lower resolution 48Hz to 120Hz adaptive display and the energy efficiency of the new 5nm processor, the Galaxy S 21 far outperforms the S20.

The screen added to the silicon chip gives a much more competitive longevity this time around, although it still lags behind compared to a OnePlus 8T for example. That said, it allows the average user to have a worry-free day of use, during our test we accumulated up to two days of use, with between 6.5 and 7.5 hours.

When it comes to charging, the S21 has changed little in this regard, with fast charging up to 25W (including PD charging), 10W wireless and 4.5W reverse (Wireless PowerShare). . Such speeds neck and neck with those of competing devices Oppo and Xiaomi.

Like the latest smartphones from Apple and Xiaomi, Samsung has decided to no longer provide chargers and headphones. The S21 comes only with a quick start guide, a SIM eject tool, and a USB-C to USB-C cable. If you want Samsung’s official 25W charger, you will need to purchase it separately.

Which free antivirus to choose for a PC?