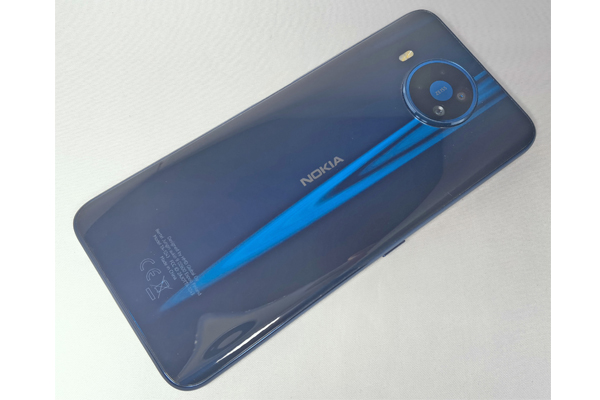 The Nokia 8.3 represents the top of the range of the brand. It was to be Daniel Craig’s smartphone in the latest James Bond: Die Can Wait. Unfortunately as the theatrical release of the film is postponed until October 21, 2021, HMD Global, Nokia licensee for mobile phones, has asked to return the scenes where the mobile appeared. It’s hard to imagine Agent 007 using any other device than the latest flagship of the brand since at this point another device would be more representative. Dropped by Bond, the fact remains that he still has some arguments to defend, if only its compatibility with 5G networks, its 4 photo sensors on the back and its very large screen of 6.81 inches. Priced at € 500, let’s see what it’s really worth in a full test.

If the shapes of the Nokia 8.3 smartphone do not mark a break with what is currently being done on the mobile market, we can still note the use of very qualitative materials and giving a serious impression of having a device in your hands. top of the line. Its back is particularly remarkable with light reflections of a very beautiful effect. In a “Polar Night” version inspired by the Northern Lights, lines enhance the rear of the mobile in a magnificent way. The back, again, benefits from a slight curved angle on both sides and gently returns to the profiles where an element that goes all around the device emphasizes the edges of the device.

The screen comes to rest on it with again slightly curved edges (2.5D) joining the frame. We can highlight the very good quality of finish. The mobile is balanced. In hand, it does not fall to one side or the other. Let’s go back to the back to notice the photo optical unit in the central position at the top. It protrudes quite seriously from the rest of the rear surface. Once the shell provided by the manufacturer is threaded, it is on the same plane. The circle which inscribes the 4 sensors is underlined by a blue border, in the same tone as the reflections of the light which lands on the back of the mobile. The center also benefits from this color and the branding of the photo partner: Zeiss. Oddly enough, the Zeiss and Nokia brands (in the middle of the back) are written vertically, whereas most of the time you hold your phone that way except … when taking a photo in landscape mode. Perhaps this is how the two brands want to be noticed the most?

If we take a look at the Nokia 8.3, we note the presence of the ignition button confused with the fingerprint reader. The latter has proven to be flawless in our tests, systematically denying access to people other than its owner. Just above, there is the double button to manage the volume. A little higher, still on the right, there is the slot for SIM and memory cards. Oddly enough, this drawer looks like a button, as it sticks out slightly from the rest of the profile. The first instinct is to press it, but in vain … Inside, it is possible to insert two SIM cards or a SIM card and a micro SD card. The Nokia 8.3 offers 128 GB of internal storage space. On the left profile, there is the button to launch the Google Assistant. It is placed exactly at the same height as the power button opposite, and it happens (very) regularly that you press it without doing it on purpose when you just want to turn on the device. It will have been necessary to install it higher to avoid any mishandling. Finally, on the lower profile, there is the USB-C connector, a 3.5mm audio jack and a speaker.

The screen of the Nokia 8.3 5G measures 6.81 inches which makes it one of the largest on the market with, in the lead pack, the Xiaomi Mi 11 (with which it shares the diagonal), the Samsung Galaxy Note 20 Ultra, the Galaxy S21 Ultra or the Galaxy S20 Ultra for example. However, unlike these models which use an AMOLED panel, the Nokia 8.3 relies on LCD technology, which is less flattering. The refresh rate is 60 Hz while it reaches double on the most high-end models from the competition and not only since mid-range devices also offer this feature. The screen displays an FHD definition of 1080×2400 pixels which is correct, but on such a diagonal, we would have preferred to be able to go further. The screen of the Nokia 8.3 is clearly a red color and there are very few settings available to try to fix this. The black bezels of the display are thin enough, but not nearly as much as one would expect from a top-of-the-line smartphone from the brand. 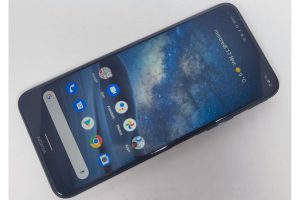 In fact, if it is indeed a flagship for the Nokia brand, when we look at its characteristics and the competition, especially Chinese, we realize that it is equipped with mid-range components and nothing more. Its screen already which we talked about previously. Then its platform which is composed of a Qualcomm Snapdragon 765G chip, clearly mid-range, associated with 8 GB of RAM. This is the same processor that can be found, for example, in the Oppo Find X2 Neo, the Oppo Reno4 Pro or the Vivo X51 5G. Although the device dates from the end of 2020, the Snapdragon 865 is more powerful (but also more expensive). HMD Global certainly wanted to reduce costs in order to offer an affordable smartphone. The concern is that the performance is actually lower than what we would have expected in relation to its positioning. The apps run smoothly without slowing down, but oddly enough in games we got a few stuttering and a level of detail that you can’t achieve without having the latest chip on board. We have subjected the mobile to several measurement tools in order to be able to compare them with the scores of other smartphones tested previously.

HP Specter X360 14, review: power with 9 hours of battery in an exquisite and convertible design