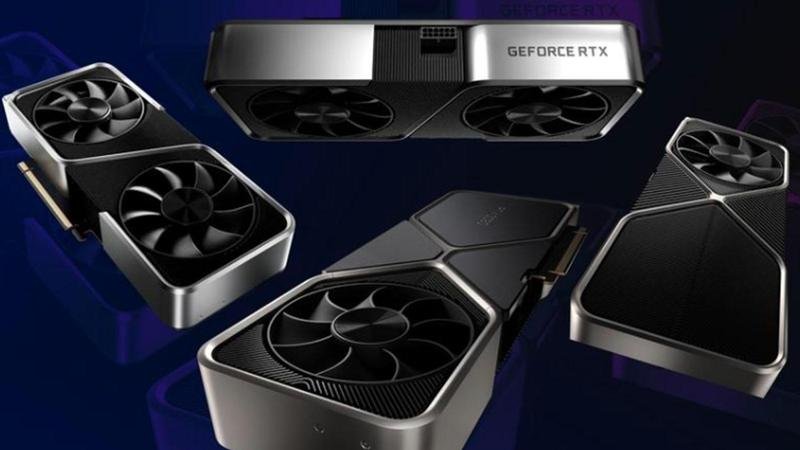 Which Nvidia graphics card to choose?
Have you decided to update your GPU, but don’t know which Nvidia card is best for your needs?

Updating a PC can be a pleasant experience, but let’s be honest, figuring out which components are best for your installation is no easy task, especially if you haven’t updated it in a while, if ever. before.

When it comes to graphics cards, you don’t just have to choose between Nvidia and AMD, but between the many GPUs available for each. And the going gets tough because many manufacturers like ASUS, Gigabyte, Zotac, etc. market several versions of each of their GPUs, with overlocked versions (overclocking).

In this article, we’ll explain everything you need to know about Nvidia’s current line of GPUs, and help you find the model that best suits your needs.

Why do you need a GPU?
Before deciding which Nvidia graphics card you should equip your PC with, first determine what it will be used for. It’s mostly about what they can do for you as a gamer, video editors, designers.

If you are an avid gamer then the desired resolution and refresh rate are of paramount importance in choosing the GPU. If you’re using a 1080p or 1440p display and can settle for 60 fps, then there’s a good chance you’re happy with the new entry-level RTX 3060 Ti.

It has 8GB of GDDR6X RAM and is actually more powerful than the previous generation RTX 2080 Super, so don’t let its “affordability” fool you.

If you want to play in 4K or at high smoothness, you will probably need to go for a more powerful model with more RAM.

The same goes for video editing; the RTX 3060 Ti should be suitable for most users as it is suitable for 4K multi-stream editing without being too demanding.

However, if you need to design complex graphics on a daily basis or work in 3D animation, then a faster and more muscular 30-series GPU should be right for you. You also have to take into account the space available inside your PC. Graphics cards are quite large, and this is especially true for the high-end RTX 3090.

Whichever model you choose, be sure to study its dimensions and make sure it is compatible with your computer.

Also make sure that your PC’s power supply has the correct connectors and that it is sufficient, especially if you are using a more basic PC and want to upgrade it for the first time.

Nvidia recommends a minimum power supply of 600W for the 3060 Ti and upgrades to 750W for the 3090, although this will depend on the other components in your PC. So take the time to properly calculate your energy needs.

Overall, these graphics cards are twice as powerful as their previous generation counterparts and economical as the 2060, 2070 or 2080.

This is due to the improved architecture, but also to the combination of a second generation AI core, “RTX IO” technology, for accelerated loading, decompression of game resources, and the introduction of new GDDR6X graphics memory.

GDDR6X is twice as efficient as standard GDDR6 RAM, and Nvidia claims it will speed up game loading times for those who take advantage of this technology.

The 30 Series is also equipped with a new cooling system, they are independently controlled and lead to a 20 ° C drop in the average GPU temperature compared to the 20 Series. Despite their impressive capacities, the fans are three times more. quiet. 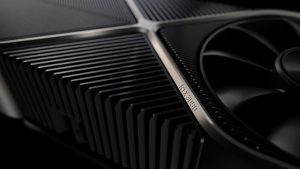 The enhanced artificial intelligence of the RTX 30 Series helps optimize ray tracing in real time, but that’s not all. Nvidia used it to create Nvidia Broadcast, software with AI-powered audio and video tools to remove your video background without a green screen, reduce microphone background noise to an inaudible level, without degradation quality, etc.

This software is ideal not only for aspiring streamers, but also for those who frequently participate in video meetings and conferences. Now let’s take a look at what each 30 Series GPU has to offer, note that they are all ideal for 1080p and 1440p gamers aiming for 60 fps gaming. 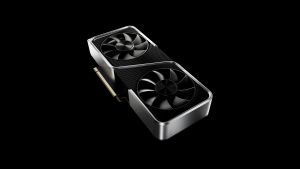 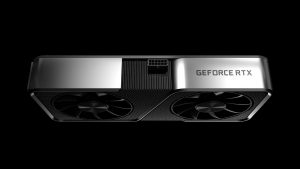 According to Nvidia, it does better than the high-end RTX 2080Ti; the 3070 is perfect for users of high refresh rate monitors. It can also run games at 4K, although tests suggest it couldn’t handle a solid 60 fps without the help of DLSS 2.0. 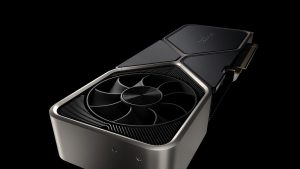 From 719 €
10 GB GDDR6X VRAM
Ideal for 1080p and 1440p gamers aiming for 60 fps gaming
750W recommended
The RTX 3080 will be the go-to card for many for its exceptional performance for gamers and creatives. Its price tag is justified by its 10GB of GDDR6X VRAM under the hood as standard, which Nvidia says is more than enough to deliver silky-smooth 4K gaming experiences at 60fps with full ray-tracing capabilities.

If you don’t have a 4K display, for example, it will probably be a bit too powerful for your needs. 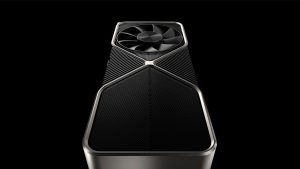 From € 1,549
26 GB DRR6X VRAM
Most powerful GPU available today, delivering 8K gameplay at 60 fps
750W recommended
The RTX 3090 is designed to replace the Titan Limited Edition, it features an incredible 26GB GDDR6X memory, it is superb for the most demanding gamers, designers and video editors. Nvidia says it will be easy to play 8K at 60 fps, but since there aren’t many 8K screens available at the moment, there’s no need to rush into this GPU. It can however handle 4K at 120 fps, for those with a high-end 4K 120Hz monitor.

It is mainly intended for creative professionals, and its price testifies to this …

What’s the difference between Nvidia’s GPU and third-party options?
You’ve probably noticed that while Nvidia sells its own line of graphics cards, third-party manufacturers like Asus and Gigabyte often release their own versions of those same GPUs. So what are their differences?

Third-party manufacturers source GPUs from Nvidia, but in order to differentiate themselves from the standard offering, many offer unique features.

This could take the form of overclocking, increasing the performance of the card, or a better cooling system to keep the card running smoothly even for heavy graphics tasks.

There are also RGB infused GPUs available from third-party manufacturers which are great for gamers, and some specialize in small GPUs for narrow PC cases.

HP Specter X360 14, review: power with 9 hours of battery in an exquisite and convertible design