Keynote 2021: new Apple products coming in March
Like every year, in March, Apple plans to present many of its new products at a Keynote. What will happen in 2021?

Since December 2020, Apple has been very discreet about the potential release of new products. While we were imagining announcements in February, none of this happened.

However, in this month of March, we are not losing hope. Indeed, every year, at this same period, a Keynote takes place before the WWDC in June.

Keynote date
Numerous sources, including leaker Prosser, have indicated that March 16 may be the most likely date, nonetheless this is information to be taken with a grain of salt.

Indeed, Mark Gurman, analyst at Bloomberg, published a note mentioning that there will be no Apple Event on March 16.

Assuming we were following Gurman’s theory rather than Prosser’s theory, then we could consider any date, March or April, except weekends, Monday and Friday. If we were to assume one, then we would go for Tuesday March 9 or 23.

No matter when that happens, we already have an idea of ​​what new things could be presented.

AirPods
Without taking into account the release of the AirPods Max in December 2020, the last launch of the AirPods Pro dates back a year and a half, and two years for that of the AirPods Standard. By relying on this schedule, we notice a certain release delay …

To remedy this, according to rumors, these intras should be updated during the first half of 2021, why not in March?

As for the changes for the AirPods 3, we’re imagining a second color option and a design more similar to the Pro models with shortened stems, among others.

To give an idea of ​​these improvements, here are some leaked photos: 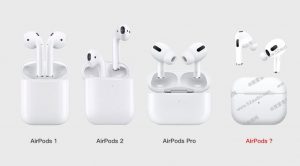 iPad
We heard that this spring event could be primarily iPad-focused.

Currently, four models are marketed on the Apple site: the iPad Mini, the iPad, the iPad Air and the iPad Pro. As a reminder, the Air was last updated in October, making it the newest model. Thus, for the moment, it does not require any particular improvements. 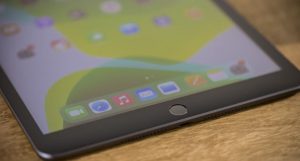 On the other hand, we would not be surprised to discover a new iPad Pro. Discloser Jon Prosser also predicted that it would be presented in March and could benefit from a mini LED display, 5G connectivity, an advanced design and a new processor.

Also, there is a chance that an iPad mini will be revealed, especially since it has not been patched since spring 2019.

Finally, when it comes to the iPad, many experts believe that Apple is on the verge of replacing its 10.2-inch screen with a 10.5-inch size.

AirTag
Apple is determined to lift the veil on AirTag, its little object tracker. In the form of a small sticker to hang on your wallet or a bunch of keys, it will allow you to find your lost items through the Find My app.

Apple tv
The last time Apple updated its set-top box was 3 years ago, despite releasing its Apple TV + service in March 2019.

In 2020, there were plenty of rumors that Apple TV would finally get a makeover, but nothing happened. Therefore, we hope to see an Apple TV with an A12X chip, and the event scheduled for March would be the perfect opportunity.

Mac
In March, there’s a chance Apple will announce a new iMac, quite possibly the smallest model, just like the 13-inch MacBook Pro models.

The 16-inch MacBook Pro, on the other hand, is a long overdue update, and last December we thought there was a chance Apple would incorporate newer Intel processors. Now we think the company will wait for the release of the M1 or M1X chip. 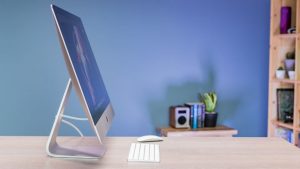 Apple TV +
Besides the already existing TV series, Apple is expected to reveal more new entertainment projects as the months go by.

WWDC 2021: What will Apple announce at its annual event?